I packed up and moved on to bigger and better things!!!!
THIS BLOG MOVED to my new website/blog

The WordPress.com stats helper monkeys prepared a 2011 annual report for this blog.

The concert hall at the Sydney Opera House holds 2,700 people. This blog was viewed about 12,000 times in 2011. If it were a concert at Sydney Opera House, it would take about 4 sold-out performances for that many people to see it.

In his newly released Autobiography Mark Twain argues that the usual cradle-to-grave account of one’s life makes less sense than our meandering memories . . .

“The side excursions are the life of our life voyage, and should be, also of it’s history.”

In other words, tell me, instead, about the day the circus came to town or how you fell out of the apple tree or why you like oysters.

The stats helper monkeys at WordPress.com mulled over how this blog did in 2010, and here’s a high level summary of its overall blog health:

The average container ship can carry about 4,500 containers. This blog was viewed about 18,000 times in 2010. If each view were a shipping container, your blog would have filled about 4 fully loaded ships.

In 2010, there were 20 new posts, growing the total archive of this blog to 93 posts. There were 48 pictures uploaded, taking up a total of 3mb. That’s about 4 pictures per month.

The busiest day of the year was June 30th with 436 views. The most popular post that day was The Little Folk–Old Man Coyote.

Where did they come from?

These are the posts and pages that got the most views in 2010. 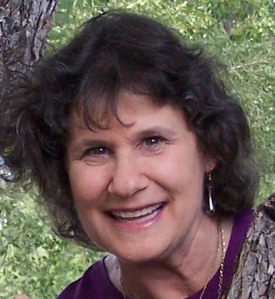 When I said lots of people think stories are just stories and not always true, I happened to also sneeze. Cherie Karo Schwartz’s comeback was a Yiddish proverb “Sneeze on the truth.”

Families, she told me, are like the 33 Chilean miners recently rescued from half a mile underground. To survive, they organized themselves. They designated parts of the mine for sleeping, eating and other purposes. They picked a leader. They sang and told stories. Families do the same. They create space and tunnels and make decisions. A spiritual leader arises to hold the sacred space. “It’s really the only way to stay sane,” she added, “especially when you’re stuck in the dark.” In her mind, “soul” and “story” are nearly the same, I realized, and she defined “sanity” as something akin to preserving and perpetuating our stories–our souls.

I’d driven to Denver and I was sitting in her kitchen, eating honey cake that morning, because I wanted to know why people came to her sessions on family folklore. I thought she’d know. She was a professional storyteller who’d made a specialty of family folklore for more than twenty-five years. I also thought I knew the answer. I expected her to talk about a need for roots, a place in history, a search for identity . . ..

We touched on those things but, deep down, she seemed to think story existed on an even more primal level. Quoting Bary Lopez, she said, “Sometimes a person needs a story more than food to stay alive. That is why we put these stories in each other’s memory.” She continued, “We need stories to stay human, like those miners trapped with no obvious help. Stories are heartbeat, everything.”

Cherie Karo Schwartz descends from a Rabbi, known as a lawgiver, mystic, and storyteller. He said a malech or angel sat on his shoulder and whispered stories to him.  Her grandmother, her bubbe, used to say, “Sit down, let me tell you a story and make you a part of the family.”

When I asked if people came to her sessions because they felt they’d lost their family stories, she shook her head. “We’re human beings; we have stories.” Nevertheless, she provides a page of  questions to get people started. Asking good questions applies to a lot of things, she believed. “When children come home from school, don’t ask what they learned, ask whether they asked good questions . . .”

I left hoping I’d asked one or two.

Don’t be fooled. The little folk of fairytale and fable are the keepers of the wisdom. What’s more, they’re not stuffy about it. Worldwide, no matter the tradition, folk tales challenge the norm, encourage creative problem-solving, even question who you are in order for you to grow into someone else.

We need these stories. Proof is in the fact that if our families don’t provide, we will look elsewhere for them. I have a Native American friend who lives near Taos Pueblo in New Mexico who will not tell a story of the Corn Mother unless her listener also shares a story from his or her tradition. She worries that there are not enough storytellers. She believes that when we forget our stories, we forget everything.

Ireland, of course, is known for its storytellers, as this little video advertises . . .

Nigerian Novelist on Why We Need All Our Stories 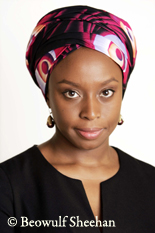 Chimamanda Adichie, Nigerian novelist, makes a dramatic argument on the danger of a single story. This is worth 18 minutes of your time! I’ve watched it three times.

Chimamanda Adichie was born in Nigerian in 1977. Her novels are Purple Hibiscus and Half a Yellow Moon.